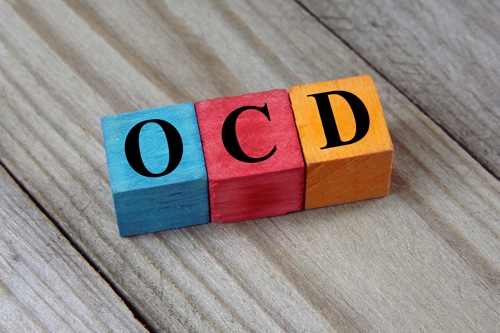 Do you have recurrent, intrusive thoughts, images, or preoccupations that cause you distress? Do you feel compelled to perform repetitive behaviors such as touching, blinking, counting, cleaning, ritualistic prayer, arranging, checking or avoiding to give you short-term relief from your physical tension or fear? Does it interfere with your quality of life or your ability to function? If this sounds like you, you may be struggling with Obsessive Compulsive Disorder and can benefit from Cognitive Behavior Therapy (CBT).

We offer a type of CBT known as exposure therapy and response prevention (ERP) which encourages you to systematically face your fears or discomforts, and supports you in reducing your compulsive behaviors.

Obsessive-Compulsive Disorder (OCD) is categorized as an anxiety disorder in which its sufferers experience persistent intrusive thoughts, impulses, and/or images known as obsessions, and may perform senseless repetitive behaviors which temporarily decrease the anxiety caused by these disturbing obsessions.

The obsessions can manifest themselves in a variety of ways, including a preoccupation with aggressive or violent images, religious concerns, repugnant sexual or perverted thoughts, safety and health issues, cleanliness, orderliness and exactness, etc.

Individuals with Obsessive-Compulsive Disorder fall along a continuum of psychosocial impairment, ranging from a slight impediment in daily functioning to an incapacitating level of interference. The milder cases of OCD may be considered a mere annoyance whereas the more severe cases can result in upheaval and disruption in a person’s personal relationships, leisure activities and occupational life.

People with OCD often rely on relatives for emotional, instrumental and informational support. The pathological doubting, so commonly associated with OCD, causes people to doubt their senses (i.e. what they see, hear or touch) and can profoundly impair their daily performance. Thus, they may rely on relatives to offer them constant reassurance or may request that the family participate in their ritualistic behaviors to assure them that they indeed have completed a task or performed it correctly. Families may become overly involved in the patient’s decision making and daily responsibilities, further fostering the dependence and insecurities that are characteristic of this disorder.

Cognitive Behavior Therapy (CBT) is quite effective in ameliorating symptoms of OCD. We use a specific type of CBT called Exposure Therapy and Response Prevention (ERP) in which we introduce specific anxiety-provoking stimuli and help the person habituate to the stressor. This could be a tangible exposure (i.e. touching an allegedly contaminated object) or an imaginal exposure (i.e. inviting distressing thoughts into the mind). Response prevention is a technique in which the person is discouraged from performing any compulsions. Although anxiety is expected to increase with the initial phases of ERP, the ultimate goal is to decrease the long-term anxiety and time-consuming rituals.